I only recently learned of a new zone of hate speech and divisiveness, embodied in the phrase "OK, Boomer." That's my generation, and I'm proud of it. Not of everything, for sure; but I know the history I've lived through and the changes I've been part of.

I grew up on black and white TV (and very little of it.) I was bullied as a gay kid in the 60's, and have been called every sort of name. I joined the hordes of runaway kids and roadside hitchhikers in the 70's, sang the "Feel-like-I'm-fixin'-to-die" rag in street protests against the Vietnam war, watched with glee as Nixon resigned. I've marched for Pride, for women's rights, for gun control. I've lost friends to AIDS and suicide, lost two siblings to drugs and cancer, lost my parents to age and the march of time.  I've seen a lot, learned a lot, grown a lot. My life matters.

Millennials -- or whoever you are turning "OK, boomer" into a buzzword and put-down -- this is not okay. Get your fucking priorities straight. My generation is not your enemy; we are your vanguard. We beat the path on which you now walk with youthful energy and all the power of global networking and technology at your fingertips. "Okay, Boomer" is your response? I don't know where this meme originated (and I am suspicious of it) but whoever has used it, let me tell you this: my generation isn't standing in your way; we laid the way. Speaking for myself: I'm as young as I ever was; I've just been here longer. And you know what? I have some wisdom about life.

Let me start with an image -- I like pictures. Below is the inside bookleaf of a series of sci-fi books I discovered when I was 10 or so. Whenever I came across a book on the shelf with this electrifying picture inside, I knew it would be a good read. It seemed to depict a world impossibly far-off in time: horrifying, apocalyptic, and impossible.


The image has all the elements of dystopian horror: cities under attack, populations fleeing; weapons advanced beyond understanding; ruthless, perhaps deranged overlords; strange technologies controlled by non-human intelligence; rockets blasting skyward as the world submerges in chaos and rising seas.

Huh. Pretty far-fetched stuff for a boy in 1964. For the same boy in 2019, with a body and spirit well-aged like a good whiskey, it's all true. This is our world. It's been a long road to dystopia, yet here we are. And the road from here on, for you younger folks of whatever branding you prefer for your generation, is long as well, and may not lead where you expect. There is no guarantee that the era we live in is not the last gasp of liberal western civilization, a fling before a crackdown, or the crackup of life as we know it.

The future doesn't look pretty. It will be even uglier if, on top of the authoritarian backlash already underway and an eco-tastrophe more imminent by the hour, the "generation gap" becomes a generation war. Pitting one generation against another fits right into the playbook of the long-planned right-wing conspiracy to own America: divide and conquer is the #1 rule of the game we are losing. If you are laughing at "OK, Boomer" remarks, you are betraying your allies: the tried and true lefties some of you now mock are your partners in demanding a world of justice, sustainability, freedom and diversity; a world that we Boomers, many of us, have been battling for all our lives.

Ageism is no less ignorant and unconscious than racism, sexism, anti-semitism or islamophobia. Before you laugh, think about what it means to reduce the human worth of any individual. Consider how swiftly and uncontrollably a meme can morph into violence against groups and individuals purely for their perceived membership in that group. "Ok, Boomer" fans a dangerous fire. 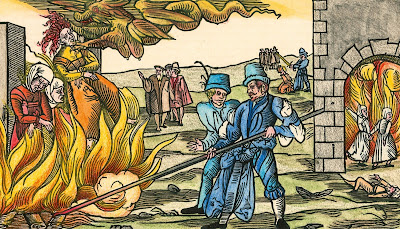 Lastly, it never hurts to remind yourself that unlike some demographics, elders are a group that you will one day join, should you be so lucky. I admit, looking down on the old was a youthful folly of mine as well; I grew out of it eventually. So will you; so you must. Yes, we Boomers will gradually leave the world stage, and you will take our place. And I'm okay with that. But I don't accept being bullied for who I am. Nor should anyone. It's just not okay.

In the perilous future we live in and will live into, we need all the help we can give and get: all colors and persuasions, all ages and genders, all people everywhere who want to lead their lives in peace, dignity, comfort, and security, should listen and learn from one another. Okay, Millennials?