Lately my dreams have been steady, familiar, uncommon in their commonness. They unfold in parallels to life, as my dreams have always done, but barely remarkable, like telecommuting to a night job. More than ever, I return to sleep with anticipation of rejoining an ongoing project, returning to duties hastily abandoned, friends left hanging, stories unfinished. As I said: a parallel to life.

Some recent threads: finding a puppy that had been abandoned somewhere in a state park or wilderness area, a soft, white-haired cutsie of a puppy like the one I photographed maybe a year ago at a park overlooking Lake Washington and the Montlake Cut in Seattle; I'll upload it here. 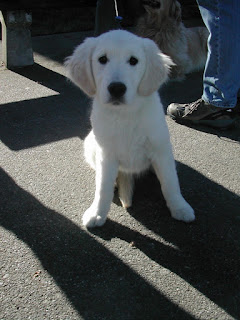 The dream-pup, however, had been surviving on its own for a time in the wild and was in desperate condition: one eye glued shut with infection, its white-bread fur matted, streaked with filth, its hindquarters eaten away with mange exposing mottled pink/grey skin. Another dog, similarly destitute and lost, hovered in the background, hoping if its fellow were adopted it might be as well.

For unknown reasons, but probably due to the fact my landlords don't allow pets in my building in this world, I had to leave them both behind. Somewhere, beyond the dream horizon, they forage, sicken, and soon will die.
Posted by William Rose at 7:18 AM No comments:

Email ThisBlogThis!Share to TwitterShare to FacebookShare to Pinterest
Labels: dreams

Another in a recent series of "teacher anxiety" dreams last night. I had one maybe three weeks ago that was classic in its genre: a classroom full of ironic teenagers, an old blackboard (green, actually) whose cracked, uneven surface wouldn't accept the chalk, a total lack of preparation for the lesson making me scramble to maintain face and order.

Last night's had a difference. I was teaching my first class at Richard Hugo House, stepping up in my writing career. I was offering a class on journal writing, and had about five adult students. There was some problem with having a room available in my time slot, so we ended up sitting in the back of a van owned by one of the students. It was night, and difficult to see. We started going around the circle, students introducing themselves and saying what they hoped to get from the workshop. I realized I had nothing to write on.

It was impossible to stay on task. The students began discussing other things; soon we were out of the van and had crashed a large party going on in one of the impossibly huge houses that seemed the norm in this particular college town. One by one I shepherded the students back to a table where I tried again to introduce the topic of journaling, while realizing I had nothing planned beyond the first exercise, which was to write in their journals for ten minutes.

"Have you taught at Hugo House before?" one of my students asked, a middle-aged woman who had been trying to help me keep things moving along.

"No, this is my first class," I admitted, my face reddening with embarrassment. I was an obvious rookie at the game.

Later in the night, after some restlessness, I seem to have returned to the same dream thread. Now, though, I had the white pages of a journal open in front of me, and ideas forming for the next steps of the  lesson -- about taking risks, daring to break the whiteness of the page with truthful reflections.

"Don't get psyched out by starting a new journal," I was saying. "Just dive in and start writing. As long as you are writing, there is honor in what you do." I showed an example from my own journal of a "first page" in which I had gone out of my way to try to be impressive, with unfortunate results.

"But it doesn't matter now," I said, moving on. "It's what seemed right at the time. It's an accurate record of the moment. So don't psych yourself out. Just dive in and start writing. That beautiful, new, expensive journal you bought will get old and battered and messy -- and it will reflect the truth, if you just write, and write honestly, and get started."

I think I'm making progress.
Posted by William Rose at 6:12 PM No comments:

The crack between knowing
the grasp that exceeds the reach
the mind's walking stick.


In dreams hold your arms a certain way, and fly. 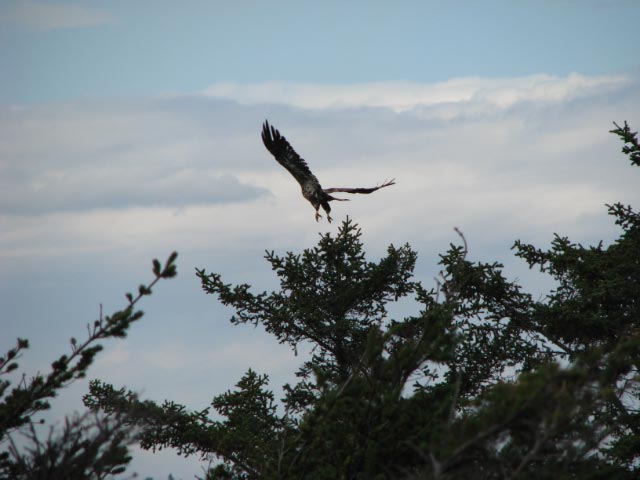 Posted by William Rose at 12:05 PM No comments: